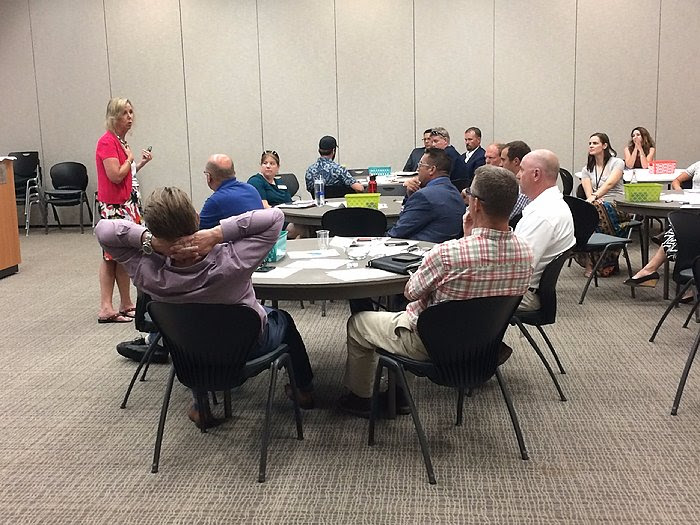 With another month of construction finishing, the structure continues to emerge from the ground for the new P-8 school in the Anthem community of Broomfield.

The most noticeable site development in July was the construction of the first of the school’s three 45-foot stair towers. Concrete foundation work also continued as the outline of the 142,000 square-foot school becomes more defined. Foundation work is expected to wrap up in mid-August.

Adams 12 Five Star Schools is building its first new school in more than a decade and needs the public’s help to name it.

The new 142,000-square foot school is currently under construction in the Anthem community of Broomfield. The school is expected to open in Fall 2018 and will eventually be home to more than 900 preschool through eighth-grade students.

Click to read more about how you can become involved in the naming process.

Not only does it involve a meticulous, phased two-year process to transform a 46-year-old school building into a 21st-Century STEM learning facility but a majority of the work will take place as nearly 500 students and staff members continue to work and learn.

So, as construction accelerated in July inside and outside the school, the focus was also on preparing to welcome staff and students back in August.

Centennial-based JHL Constructors was selected through a competitive RFP process to build a 12-classroom expansion at Arapahoe Ridge Elementary in Westminster and an 8-classroom expansion at Cotton Creek Elementary, also in Westminster. As promised in the 2016 Bond Program, the building expansions will allow both schools to remove modular student classrooms. Arapahoe Ridge will also expand educational opportunities with a preschool program.