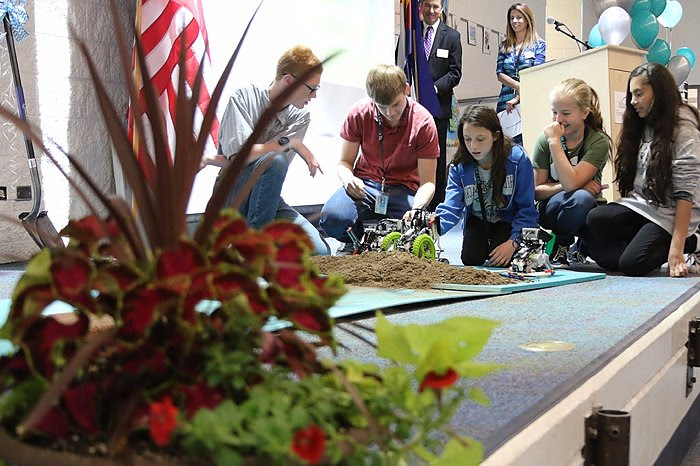 P-8 school construction trudges on through wet weather and mud

The first full month of construction at the new P-8 school in the Anthem community of Broomfield was marked by plenty of rain and plenty of mud.

Kevin Harrison, project site superintendent with Adolfson & Peterson Construction, admits that the intermittent heavy rain showers have made it hard for the construction process to “get in a groove.”

Despite the soggy weather, site preparation work has moved forward.

The Five Star Schools Bond Program has paved the way for a significant expansion into CTE programming for students.

The bond includes money for the creation of a new CTE campus in a centrally-located part of the district as well as funding to renovate and improve the existing Bollman Technical Education Center.

Prior to the end of the school year, students and staff at a small group of elementary schools had the opportunity to test brand new classroom technology that could become commonplace in their schools.

The 2016 Bond Program includes a designated amount of instructional upgrade money for each school to prioritize based on their unique school needs. Prior to the passage of the bond, building principals engaged their school communities (parents, students and staff) on how the money could best be spent.

A key component of the Five Star Schools 2016 bond program is that it will deliver improvements, renovations and upgrades to every district school and facility.

Reminders of the important investment that community members have made in their neighborhood schools, as well as the entire district, are now popping up in front of each district school.

Beginning in May, the installation of bond thank you signs began at each district school. The signs thank community members for their support and also direct them to where they can get more information about bond projects on the district’s website.