Share to FacebookShare to TwitterShare to LinkedInShare to PinterestShare to EmailPrint this page
RSS Feeds Subscribe to Alerts
November 10, 2022

What people said on the calendar survey

Satisfaction with the district’s current calendar

When asked how satisfied they were with the district’s current calendar, this is how people responded:

Summer Break and Other Extended Breaks

People were asked to rank their preferences for the time during which teachers should receive regular professional learning and collaboration time. Currently, Wednesday afternoons serve this purpose.

The graph below scores a weighted average for each option presented to survey respondents. This reflects how often people selected each option as their first, second, or third choice. 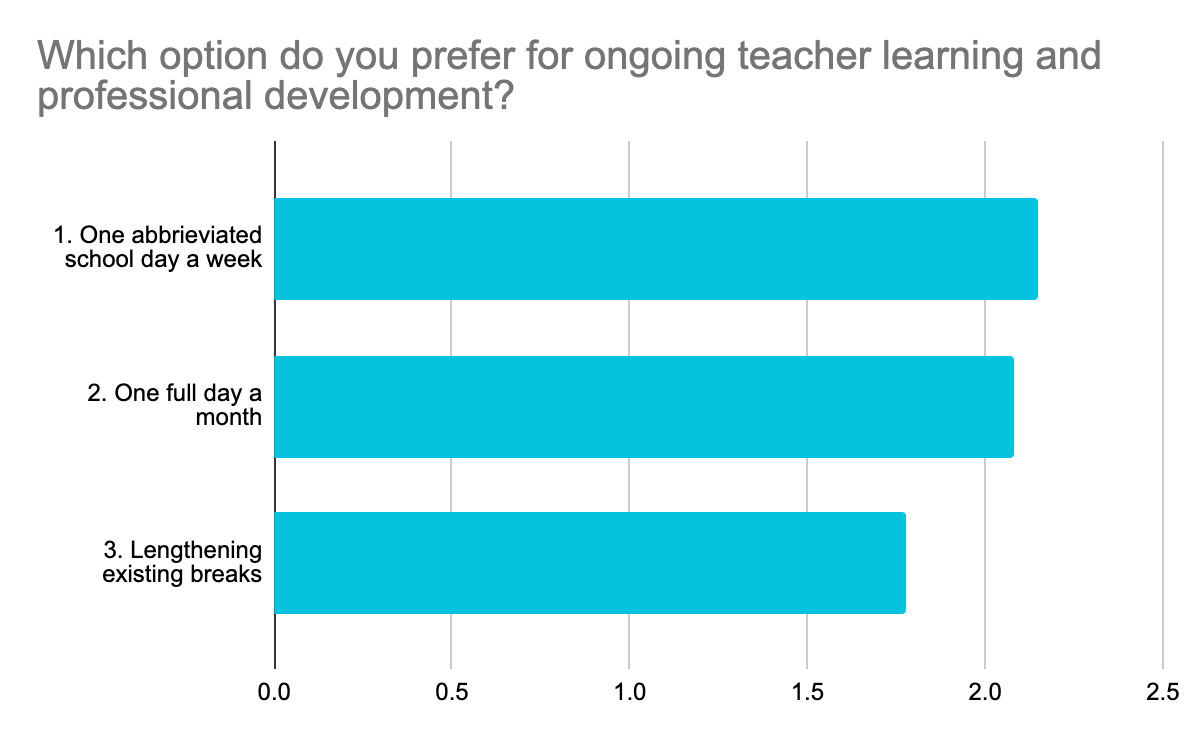 Interest in a four-day week

The community was asked to identify their top priorities for the district calendar. 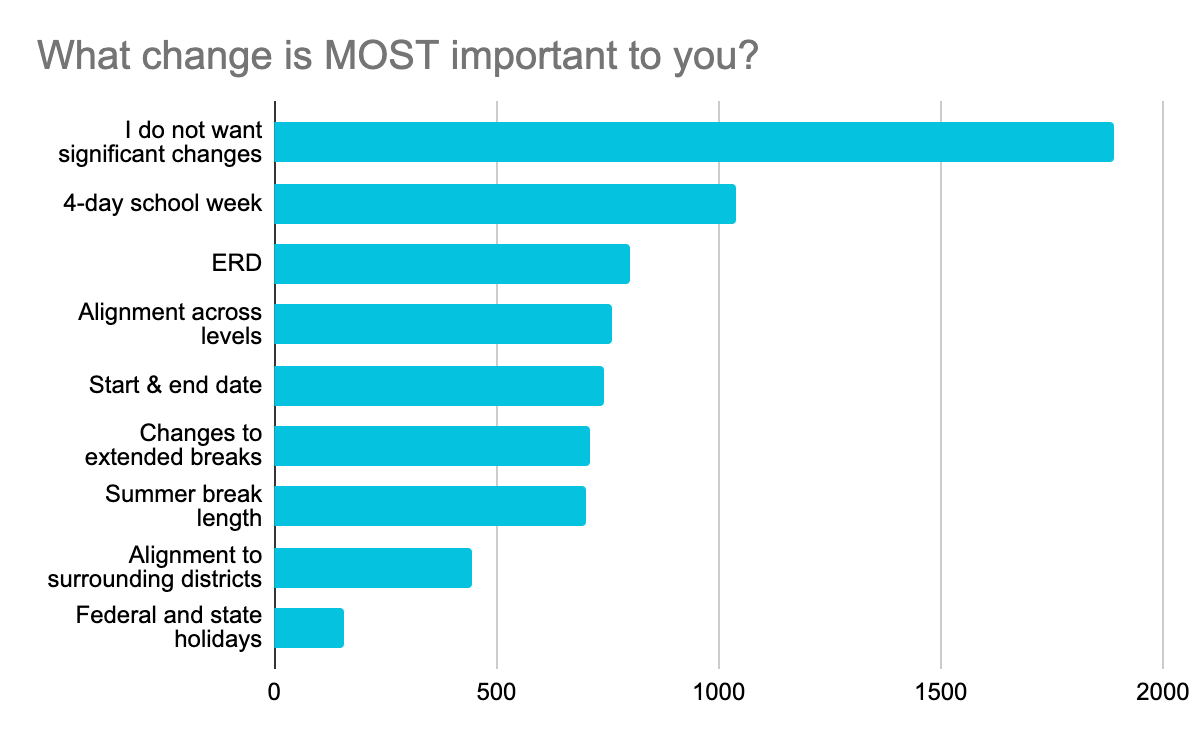 What people said in the district focus groups

Based on the feedback gathered during the survey about the calendar, the district invited community members to attend a community Board of Education meeting to share their thoughts in more detail during small focus groups. More than 100 people attended this focus group session and offered valuable feedback for the district to consider moving forward.

The topics covered during this meeting were based on top priorities identified by the community during the survey: Early Release Days, changes to extended breaks/summer break, alignment across grade levels (working to ensure students in different grades have the same days in school). Here’s an overview of what people shared during this meeting:

The calendar committee will take the feedback gathered from both the survey and the focus groups to begin developing some possible options for future district calendars. Once these options have been developed, the community will have an opportunity to provide feedback.